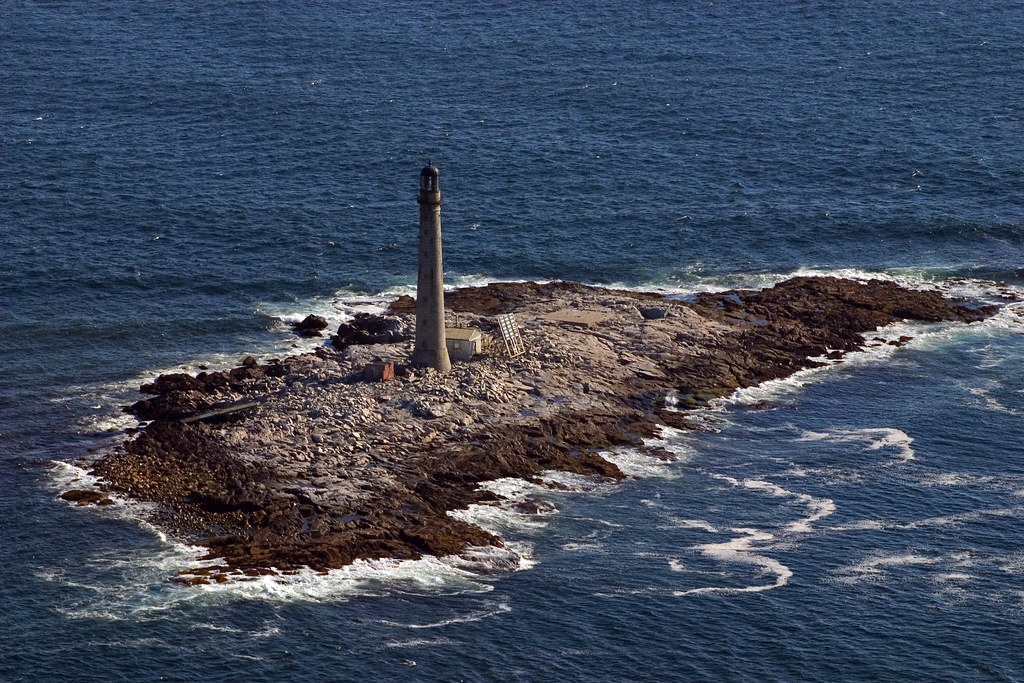 Boon Island Light is located on the 300-by-700-foot (91 m × 213 m) Boon Island off the southern coast of Maine, United States, near Cape Neddick. Boon Island Light has the distinction of being the tallest lighthouse in both Maine and New England at 133 feet (41 m). The lighthouse has a focal plane at 137 feet (42 m) above mean high water. The light's beacon flashes white every 5 seconds.
Content Provided by wikipedia.org

Researched and written by Melissa Buckler, a volunteer through the Chesapeake Chapter of the U.S. Lighthouse Society.